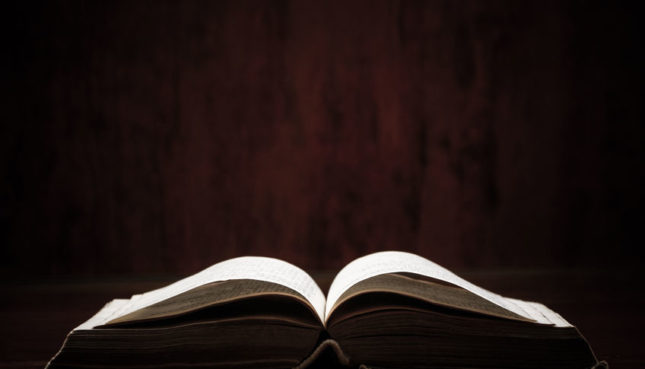 When Whitney Houston moved from her luxury rental in Newport Beach, she left behind a few personal items – including a bible with her own handwriting on it, which the landlord is now selling for the incredible price tag of $95,000.

The famous pop star rented the Newport Beach home for two years, from 2009 until 2011. Once she had moved out, the landlord found the expensively-priced personal bible in a box amongst clothes, a few paperback books, and CDs. The box was placed by the trash bin, where it was found when the landlord decided to sell the home in 2012. All other belongings were thrown away, but the bible was kept because the landlord believed it to be “interesting” and “a good investment” if the right buyer was found. An avid fan of Whitney Houston would be hard-pressed to find a better piece of memorabilia, after all.

When he found the items, he contacted Whitney’s agent about them, who said the items could be kept. Due to signing a non-disclosure agreement about Houston when she moved in during 2009, the landlord states he was unallowed to contact the star directly.

The bible, which has Whitney’s personal handwriting throughout it’s pages (see below for details), is being sold via Moments in Time. Memorabilia of the pop star has become increasingly popular in the years since her death on February 11th, 2012. On that cold day in February, Whitney was found dead in the bathtub of her hotel room in Beverley Hills. At the time, she was only 48 years old.

Although tragic, the hardships of Whitney Houston’s life are well known. Her marriage to Bobby Brown was rocky, to put it mildly, and featured a very intense love-hate relationship which spanned the entirety of their years together. It was also well known that Houston battled with drugs, including overdosing, getting clean, and relapsing.

The handwriting inside isn’t just scribbles. It details momentous occasions in Whitney Houston’s life. Three of the pages which were written on have been photographed and can be viewed via the Moments in Time website, where the bible is being sold.

On a page dedicated to the bible owner’s wedding date, the crucial details of her marriage to Bobby Brown is written in. This includes the date, which is July 18th, 1992, as well as the location and the maid of honor. The location is listed as Mendham, New Jersey. The maid of honor is listed as Robyn Crawford. The best man section is filled in simply with “Michael and Tommy.”

A page dedicated to births includes the name of Whitney’s daughter, Bobbi Kristina Brown. March 4th, 1993 is listed as the date of birth, and New Jersey is the only location written on the pages – without a specific city or hospital being cited.

Some of the other pages are said to also contain words written by Houston, but as of right now nobody is sure what else the good book contains. Perhaps the world will know once a buyer has been found.