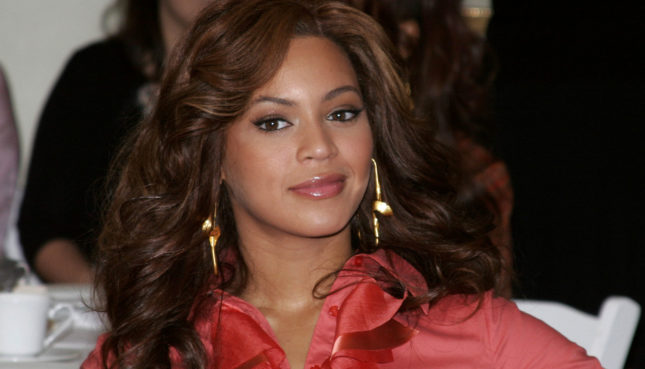 News broke during the later part of last month after Beyoncé gracing us with a cover on Vogue Magazine. In September we finally got to see it. The best part? It was shot by a black photographer for the very time in the magazine’s history. His name is Tyler Mitchell, and everything within the featured piece attached to the beautiful cover are straight from the mouth of the Queen herself.

Inside the piece Beyonce speaks about her most recent pregnancy with the twins, Coachella, touring with husband Jay-Z, and why she chose to work with Tyler Mitchell. The peek inside her pregnancy, however, was the most riveting information.

Beyonce shared with Vogue about how she was over 200 pounds on the day she gave birth to the twins. Swollen from toxemia, having been on bed rest for longer than a month, doctors decided they needed to take the twins for both their health and hers. After an emergency cesarean, Beyonce and her twins spent quite a few weeks in the NICU (Neonatal Intensive Care Unit).

Bey goes on to speak about the pressures society places on women after giving birth – pressures she, herself, gave into after her first child. The pressure to lose weight within three months of giving birth, to be the exact same women – just as strong – right out of the delivery room. Although she gave into those pressures last time, Bey says she isn’t going to this time. She is taking her time to be with her family and her man, who she says has been more than supportive during this whole ordeal.

In fact, she says she could not have done it without Jay-Z, who stood by her when she herself was (in her own words) “in survival mode” and “did not grasp it all until months later.” In her own words, the following is what she said of Jay-Z:

“My husband was a soldier and such a strong support system for me. I am proud to have been a witness to his strength and evolution as a man, a best friend, and a father.”

Of herself, she stated “After the C-section, my core felt different. It had been major surgery. Some of your organs are shifted temporarily, and in rare cases, removed temporarily during delivery. I am not sure everyone understands that. I needed time to heal, to recover. During my recovery, I gave myself self-love and self-care, and I embraced being curvier. I accepted what my body wanted to be. After six months, I started preparing for Coachella. I became vegan temporarily, gave up coffee, alcohol, and all fruit drinks. But I was patient with myself and enjoyed my fuller curves. My kids and husband did, too.”

The full article appeared on Vogue magazine. You can read the entirety of the article, complete with details on why Beyonce decided to work with Tyler Mitchell, and her amazing Coachella set. You can find all of that here.