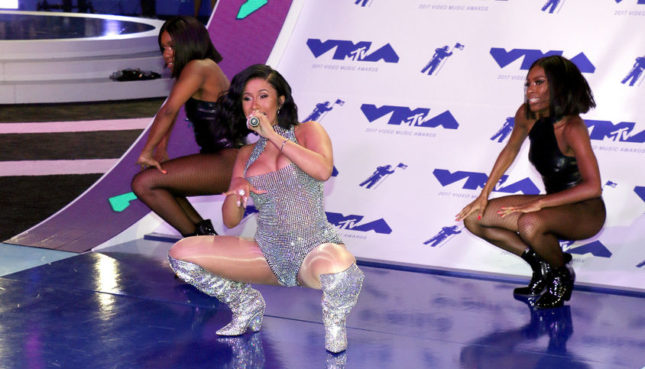 Did Cardi B just surpass Taylor Swift’s previously held streaming record on the music platform, Apple Music? Yes, she did. Not only did she surpass it, but she blew it out of the water.

Hip-hop artist Cardi B just broke the previous streaming record on Apple Music which had been held by pop/country artist Taylor Swift. The new sensation did this with her debut album, entitled Invasion of Privacy. It sold over 100 million copies on Apple Music streaming within a week of it’s release. This not only beats out Swift, but more than doubles it.

Invasion of Privacy now holds the prestige title of the fifth all-time-popular album on the music selling platform. In addition to breaking Taylor Swift’s record, it also beat out Star Boy, by The Weekend, and Divide, by Ed Sheeran.

As of this post, the current top ten albums on Apple Music include:

The debut single from this album is entitled Bodak Yellow. It took the #1 position on the United States’ Billboard Hot 100 chart. The song title is a play on words, and the phrase “Bodak Yellow” never appears in the song. It is a shout out to young rapper, Kodak Black. In the song, Cardi speaks about her previous occupation as a stripper – a job which she took to escape domestic violence and poverty. Her lyrics say “I don’t dance now, I make money moves, Say I don’t gotta dance, I make money moves.”

Who Is Cardi B?

Her real name is Belcalis Almanzar, born on October 11th, 1992 in the Bronx, New York. Her mother is of Trinidadian descent, and her father is Dominican. She spent most of her life living in the Highbridge neighborhood in the southern Bronx.

Cardi first grabbed the public’s attention during a discussion where she revealed her previous occupation as a stripper. Her plight was to escape a situation involving domestic violence and extreme poverty – stripping was a means to an end that helped her achieve this. It also paid for her to attend college, although Cardi did not end up graduating.

On June 16th, 2016, Cardi B made her official debut into the music scene after two mixtapes, with the release of her hit single ‘Bodak Yellow’ after being signed with the major record label, Atlantic. The single was released solely via digital distribution methods. On April 6th of the following year, she released her full debut album, Invasion of Privacy.

Prior to her record deal with Atlantic, Cardi made regular appearances on the VH1 reality television series Love & Hip Hop: New York.