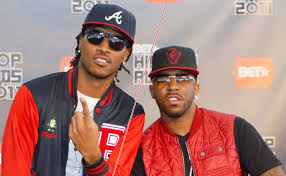 Rap star Future has finally responded to Rocko regarding their legal issues. According to Rocko, the CEO of A1 Recordings, Future breached a contract he established with the company.

Future is now reportedly countersuing A1 Recordings for an undisclosed amount of money the rapper feels he is owed from their relationship.

The hip-hop icon is now saying that Rocko “shorted” him out of money by failing to pay for the rapper’s recording costs as well as failing to pay a $10,000 advance per album.

According to TMZ, Future says that he had never been a part of an exclusive agreement, one that would have disallowed the rapper for doing business or recording music with other labels.

Earlier this year In June, the A1 Recordings CEO filed a lawsuit against Future for over $10 million for breach of contract, with Rocko alleging that the rapper made an illegal side-deal with Epic Records.

On top of all of this, Rocko also claims that Future owes him a commission of 25% from the advances he received from Epic Records. Additionally, he claims that there is an owed 20% commission from revenue earned from Future’s tours and endorsements.

While this is certainly an unfortunate situation for both parties, one can only hope that it is resolved with minimal impact on the hip-hop music industry.