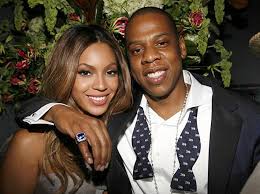 According to recent reports, rapper Jay-Z and singer Beyonce are in the midst of planning a charity concert, set to take place next month.

The concert is to benefit the Robin Hood Foundation, a charity that aims to improve educational standards in underprivileged areas of New York City, as well as other charities that have yet to be named by the headlining artists.

The charity gig is set to be broadcast live on Tidal, Jay-Z’s music streaming service.

According to the reports regarding the concert, tickets for the show will begin at $50 and go all the way up to $100,000 for the top-tier packages.

The power couple have been known to regularly support various charities and have in the past out on various concerts to benefit different foundations. Jay-Z and Beyonce were featured as artists at Made In America and Global Citizen.

It was recently announced that the rapper would be performing at the very first Globa Citizen Festival in Mumbai, India on November 19, where he will be joined by Coldplay and other top Bollywood stars.

The tickets to the benefit show in India are free, yet they are given out to those who have in the past aided in education, equality, and sanitation issue in India.