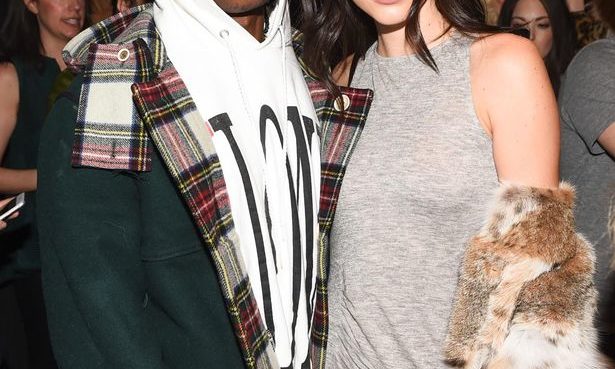 Kendall Jenner is not the only member of the Kardashian clan to date a famous rapper, according to a new report from the New York Daily News.

When a photographer took her picture with A$AP Rocky outside of Squares, Quality Branded’s new nightclub in the Nomad District, she insisted that the photographer delete the picture.

She was reportedly on her way inside with boyfriend A$AP Rocky, as well as other members of the Harlem hip-hop collective A$AP Mob, to the Under Armour New York Fashion Week afterparty last Thursday.

“Kendall wouldn’t allow pictures because the rumors of her and A$AP still aren’t confirmed,” said sources from the New York Daily News.

According to witnesses, once inside the club Jenner used her bodyguards as cover as she made her way to the VIP section with the A$AP Mob and other exclusive friends. While there isn’t any photographic evidence of the party, witnesses say that Rocky and Kendall were “laughing and looked like they were having a great time.”

While this report is obviously based on circumstantial evidence, it comes on the heels of several instances in which the two have supported one another. Rocky supported Kendall Jenner’s PacSun launch last February, and the two have been seen in public together several times since,

A$AP Rocky is now joining the “prestigious” group of hip-hop artists including French Montana, The Game, Tyga, and Kanye West who have, at one point, “dated” a member of the Kardashian family.