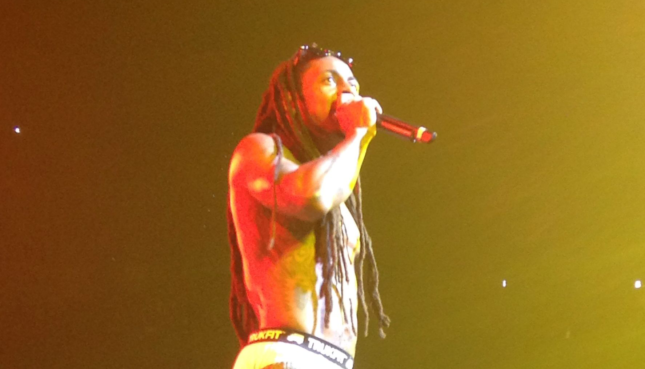 News has begun spreading that Lil Wayne and Juelz Santana have finally finished their long-awaited mixtape. Yet many fans are beginning to wonder if they’ll ever actually get to hear the much-hyped collaboration.

For many hip-hop fans, the more Lil Wayne featured on a song or album, the better. It isn’t complicated – people love the rapper whose lyrics read like hard hitting poetry and turns everything he touches into gold.

Unfortunately, Lil Wayne is also known to have his albums delayed for an insane amount of time for one reason or another – often, with no real reasoning behind the wait announced to fans. Needless to say, this has caused more than a few rabid fans extensive grief.

The latest of these albums to suffer such a delay is I Can’t Feel My Face, the collaboration Lil Wayne has been working on with Juelz Santana. The mixtape has been in the works for years now, with a wait so long some have even forgotten it was supposed to be in the works. Even for a Lil Wayne album, the wait seems outrageously long.

Those who’ve been waiting on the record to drop can take some small comfort in the fact that Juelz says it’s done. He has been quoted as telling a fan this just earlier this week. What this leads us to wonder is whether a finished mixtape is sitting on a shelf somewhere. If it’s finished, why hasn’t it been released?
But, this is Lil Wayne we’re talking about. The artist is notorious for dropping records with no previous indication – which means we could wake up tomorrow to find out it has suddenly hit the market amid a frenzy of purchasing. Just look at last year, when T Wayne was released. The mixtape held old Lil Wayne styled gold, and many were left wanton for more. Some fans have even stated the release of older music could be the start of a new – and very welcomed – tradition.
Either way, all fans can really do is wait for the collaboration to hit the market, and that will be whenever Lil Wayne decides it to be. We can, however, take comfort in knowing the project with Juelz Santana is finished and hope it means we’ll have the latest music soon.

Lil Wayne was born Dwayne Michael Carter, Jr. in 1982. Hailing from Louisiana, he has been on the music scene since 1996 when he was only fourteen years old. The rapper is best known for the way he is able to turn a phrase and throw words together to create hard-hitting songs that still read like poetry. In addition to his rapping, Lil Wayne also produces and has written a book.

Juelz Santana, born LaRon Louis James, is a Harlem-based rapper born the same year as Lil Wayne. He is also an actor and has appeared on For Love and Hip Hop: New York since 2011.