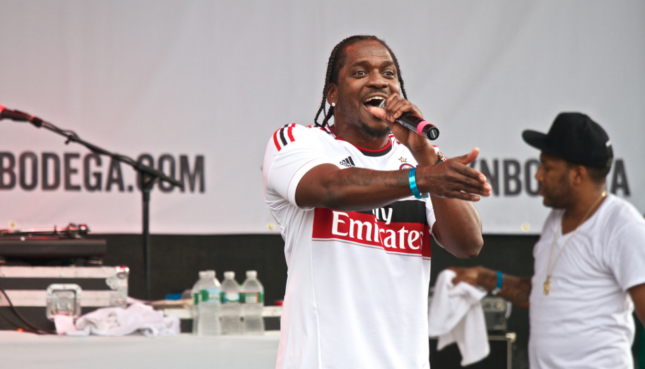 Rap star Pusha T has recently announced his newest endeavor – and this one has more to do with technology than it does music, albeit it incorporates both popular (read: profitable) aspects.

Pusha T is not going it alone, however. He has teamed up with Summer Watson, a technology entrepreneur who has previously worked at both Playdom and Tunein. Together the two have collaborated to bring the masses an application called Heir.

Heir is a phone application which allows the average person to vote on hip hop tracks. The tracks can not only be voted up, but also down. Sign ups for early access are already underway. The way the application will work is by allowing users who show they have a good idea of what other people like a form of digital currency that has been named Crown. Just like being able to vote tracks down as well as up, Heir users can also lose their crowds if they up-vote a hip-hop track which most other people have voted upwards.

Pusha T and Summer Watson have stated the goal of their new application to be promoting engagement among fans of the industry. Many big names in the hip-hop music industry have weighed in to advise the creators. Among them include Steven Victor and Joey Arbagey. Victor is the A&R executive for Def Jam Records, while Arbagey is the A&R executive for Epic Records.

Joining Others Who Came Before

Pusha T isn’t the first artist to place his chips on the technology table. We are, after all, living in a world defined and ruled by all things tech – regardless of how much people enjoy denying it.

One endeavor was Beats Electronics, which was a company founded by Jimmy Lovine and Dr. Dre. The two later sold their company to conglomerate Apple for an incredible three billion dollars. This prompted bragging rights by which Dr. Dre told the world he was the world’s first billionaire in hip-hop.

Another artist who has made splashes in the technology pool is Will.i.am, previously of the Black Eyed Peas. Will is actually very well known for his endeavors in the tech world thanks to working with Intel on the launching of his i.am+device. In addition to that, he was also both an investor and mentor for Apple’s Planet of the Apps reality television series.

Finally – and more recently than others – Jay-Z has announced he will be launching a venture fund entitled Arrive. The venture will allow users to invest and receive advice on startups.

While it isn’t only the hip-hop world who has started venturing into the technology world it does appear that they are dominating the field in so far as music goes. Fans everywhere can look forward to more technology provided by their favorite super stars in the future. In the meantime, Heir will be available soon to the general public so keep an eye out for that.