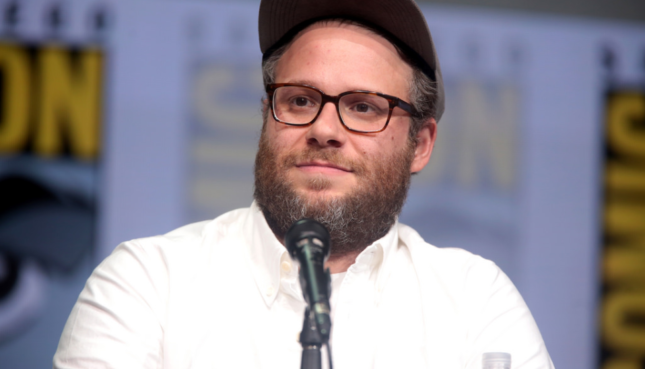 Word is out that Seth Rogan once blew off an opportunity to shoot some B-Ball with legend Kanye West because he was simply too drunk to participate.

Born in Vancouver, Canada in 1982, Rogan is a writer, comedian, actor, producer, and director who started his career as a teenager doing stand-up comedy. He has since moved on to lend his voice to numerous animated characters and has performed in a wide variety of comedy films.

Among his most well-known features are; The 40-Year Old Virgin, Superbad, This Is the End, Pineapple Express, Monsters vs. Aliens, Sausage Party, The Kung Fu Panda, and The Interview. Rogan is currently working on The Lion King remake, set to be released in 2019. He will be lending his voice talents to the funny, lovable character of Pumba.

Kanye West is a rapper born in 1977, hailing from Chicago, Illinois (although born in Atlanta, Georgia). His rise to fame was as the early 2000s producer for Roc-A-Fella Records where he worked with well-known artists like Jay-Z, Alicia Keys, and Luda. His first album, The College Dropout, was released in 2004.
West has frequently been notarized in the media for his controversial conduct and life views. He is outspoken on his views surrounding the industry, as well as on race and politics. He is often in the media with his wife Kim Kardashian.

During a recent interview, Seth Rogan admitted that he was once given the opportunity to shoot some hoops with Kanye West. He declined the offer because he was still recovering from a long night out with friends, during which the famed funnyman had more than a little too much to drink.

This occurred twelve years ago, when Rogan was living just around the corner from a personal trainer to the stars. This trainer happened to be working with Kanye, which Rogan realized when the rapper jogged past his house one day. As he was going past, Kanye told Rogan he thought he was a funny mother#$%er.
Two weeks after the run-by, West decided that he would invite Rogan over to play a game of basketball when they found themselves in need of one extra player. Not only did he decide to invite him, but he came over to his house to do it personally.

Rogan’s wife answered the intercom when West arrived at their home but was unsure of who the star was. Rogan recalls hearing his wife ask, “Kanye who?”
Rogan, of course, already knew who was knocking at their door. He ran downstairs to find West looking “like he was just a kid in the neighborhood” with a basketball tucked under his arm. When offered the invite, however, Rogan had to decline, stating he was just too hungover to shoot hoops.

Although Rogan has periodically ran into West over the years, there was no second invitation to play basketball. It is unclear whether this is okay with Rogan – who is not exactly known for his athletic prowess – or whether he ultimately ended up regretting the hungover which stole his one big shot.